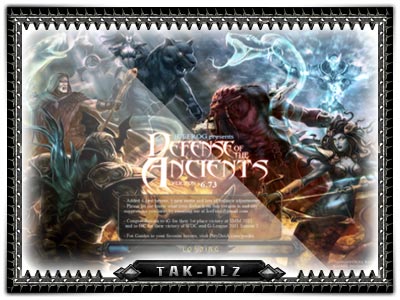 The Sky Mage fires off a bolt of Arcane energy to harm his adversaries. Deals an additional 1.5x the Sky Mage's intelligence and grants 325 vision around the projectile.


Note: The projectile moves very slowly and you have 325 vision around it
Ability Code: A2BE

With Dragon like intuition, the Skywrath Mage releases a compact ball of magical lightning at the closest visible hero within 1600 AoE. Upon impact the ball bursts slowing enemies by 40% for 4 seconds and dealing damage around the target.

Dragonus draws a mystical rune on the enemy that amplifies all spell damage against them and snuffs out their ability to cast spells for a few seconds.

Dragonus uses his ultimate magical ability to conjure a precise and violent mystical field that lays waste to his adversaries. Deals massive damage distributed evenly among any heroes in the AoE over 2 seconds.

Xin unleashes up to 3 fiery bolas that wrap around nearby enemies, anchoring them in place and dealing damage each second.


Note: Selects 3 random enemies within the area. Does not affect magic immune or invisible heroes. Does not prevent attacks or spell casting.
Ability Code: A2H3

Xin dashes around with blazing speed, attacking all enemies in the targeted AoE and returns to where he was standing after. You deal 50% less damage to creeps.

You are invulnerable during this process. Takes 0.2 seconds to attack per unit.

Xin surrounds himself with a ring of fire that consumes incoming magic damage, leaving him unharmed. Deals dps in a 400 aoe. If the shield is dispelled, the dps buff goes away.

Xin charges himself with the energy to create a Fire Remnant every 30 seconds, with a max of 3 charges. Releasing a charge, sends a Fire Remnant that runs to the targeted point at 2.5 times your speed. Xin can use his secondary ability to dash out to each remnant's location, detonating them for AoE damage, and arriving at the one he targeted last. Remnants last 45 seconds or until you fuse with them. The remnant placing ability is limited by charges and not cooldown or manacost.

The secondary ability lets you target a location closest to whichever Remnant you want to choose. Xin will then dash out going through each remnant, arriving at the selected remnant last. Each Remnant you go through causes it to detonate, dealing damage in the area around it.

Goblin Shredder whirls extremely sharp edges dealing damage and reducing primary attribute of any unfortunate enemy hero who comes in a 300 AOE around him. Deals Pure damage if it cuts down trees in the process. Lowers primary attribute by 15% for 7 seconds.

Fires a chain that embeds itself in the first tree it hits, pulling you to it and cutting any enemy in your path for pure damage.

Note: You will not be pulled in if you are stunned when the chain latches onto a tree
Ability Code: A2E3

What doesn't kill ya makes ya stronger! Every physical attack made on Rizzrak increases his armor and gives him bonus hp regen. Each stack lasts for 16 seconds.

Fires your main saw blade at the target location, and once there the blade will spin, dealing damage in an AoE around it and slowing enemies by 5% for every 5% of health they are missing. The blade deals pure damage and cuts down trees in its path when fired and retracted. You lose the ability to attack while the blade is out.

Turns the enemies numbers against them, dealing damage and granting you 9% bonus movement speed per hero and 3% per unit in the 315 AoE for 7 seconds. Deals bonus damage to illusions and summoned units.

Removes all debuffs and disables from the targeted ally and grants them bonus attack speed and health regen for 4 seconds.

When Tresdin is attacked, he has a chance to gain a moment of courage, instantly attacking again with bonus lifesteal.

Notes: Cannot proc more than once every 0.75 seconds. The lifesteal is not an orb effect.
Ability Code: A2EY

Calls the targeted enemy for a duel. Both you and the enemy will be forced to attack each other and will both be unable to use items or abilities. The victor gains 10 permanent bonus damage.

Notes: The loser of the duel is the hero that dies while under the buff. There is no victor if both heroes are alive at the end of the duration.
Ability Code: A2CI